This 2016 Crankworx Whistler will be remembered as one of the most successful for the team with 7 Podiums !

The week kicked off with the very anticipated Whip off world championship where Alex Fayolle, for his first time in Whistler, jumped on the podium with a 5th place with some crazy moto style whips. 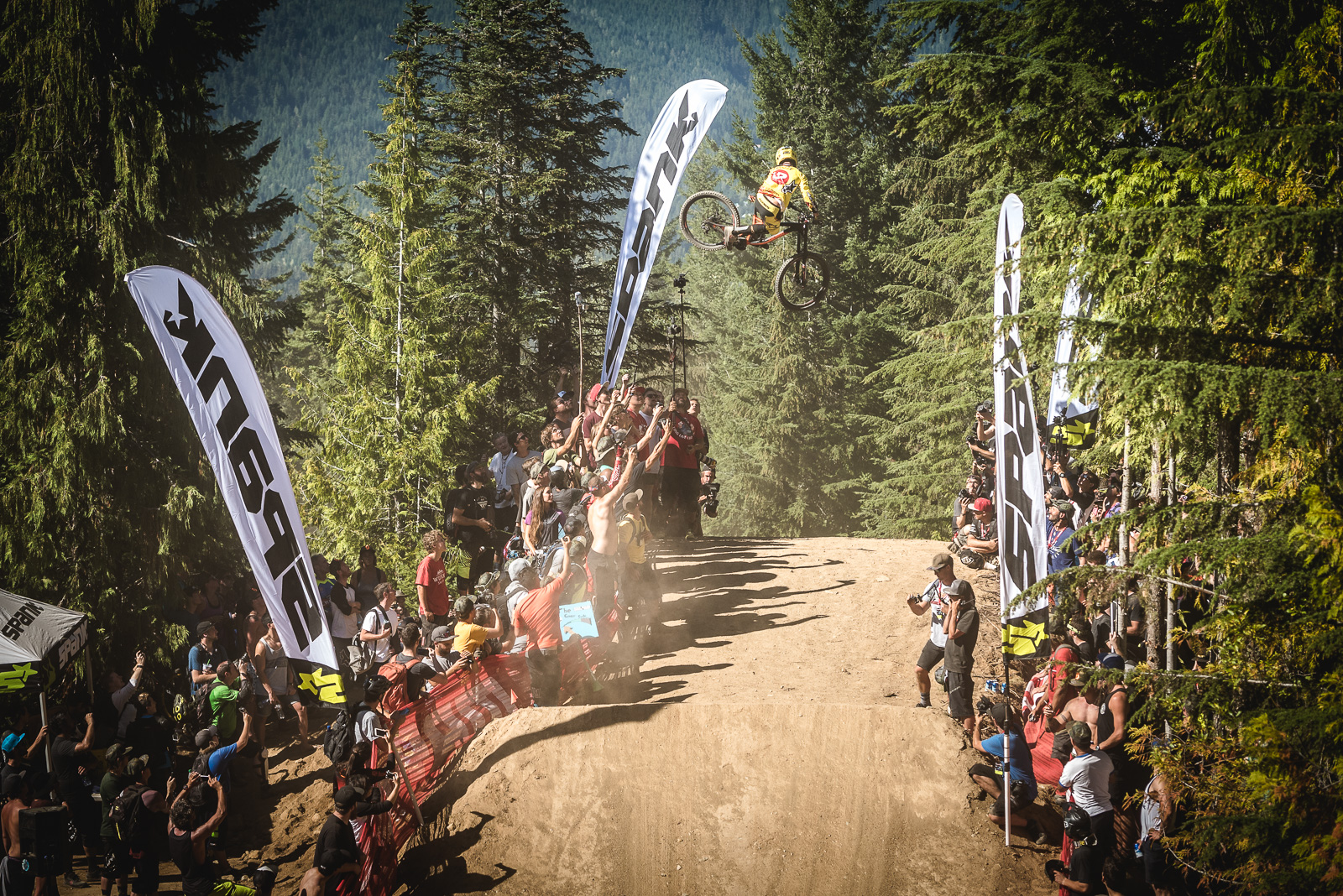 Then it was time for Tracey to start her downhill events marathon with the first race and not the least Garbanzo DH. She took the 2nd place at only 2.29 from the win. Her best result ever in this crazy long race with a riding time close to 15 minutes. 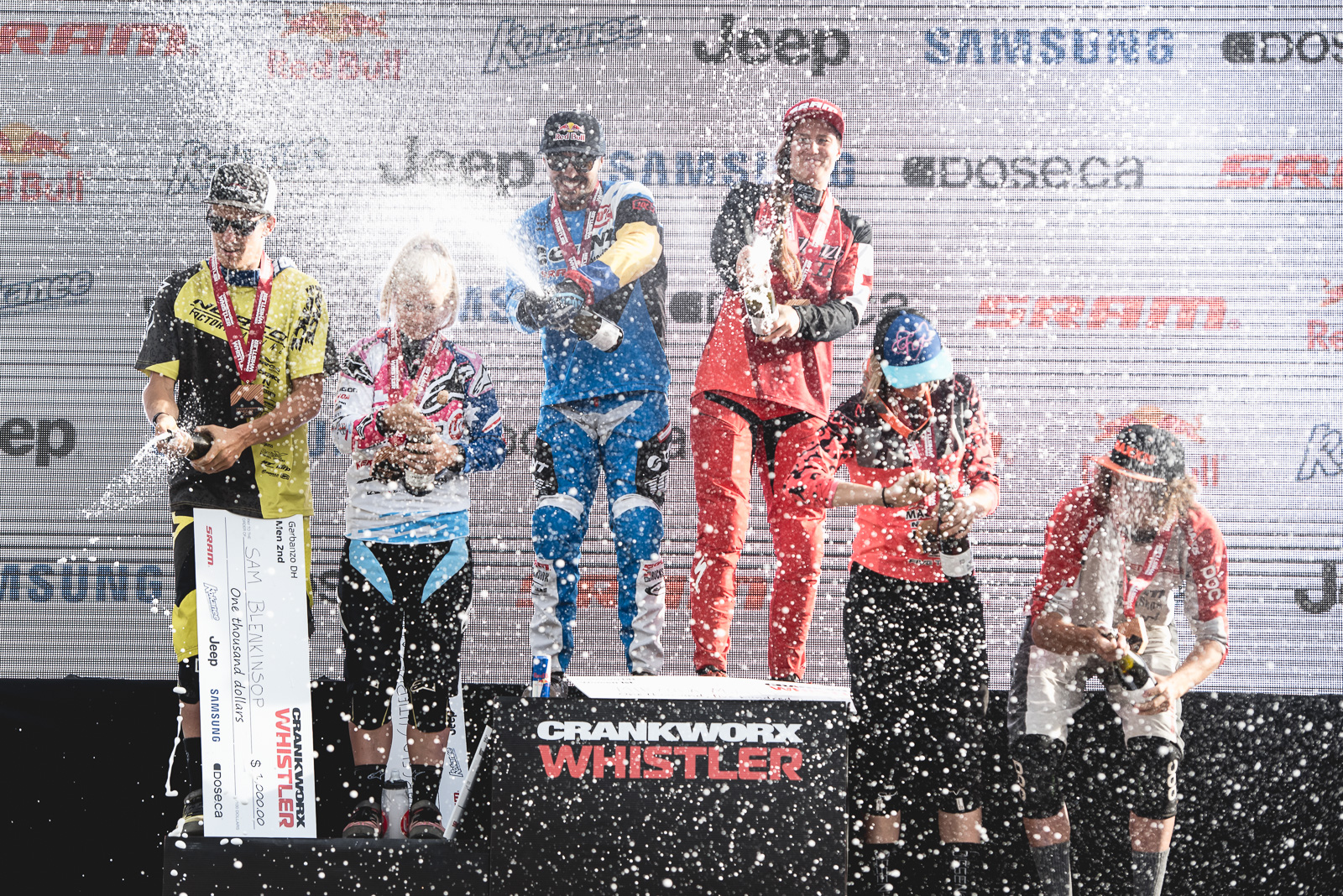 A-Line has been good to us with 2 podiums for Tracey and Mick.

Tracey took the 2nd place again her best results here with a close time from to the win, Mick took a solid third place at only 1.7 of the win. Andrew finished 20th, Fabien 29th and Alex 37th. 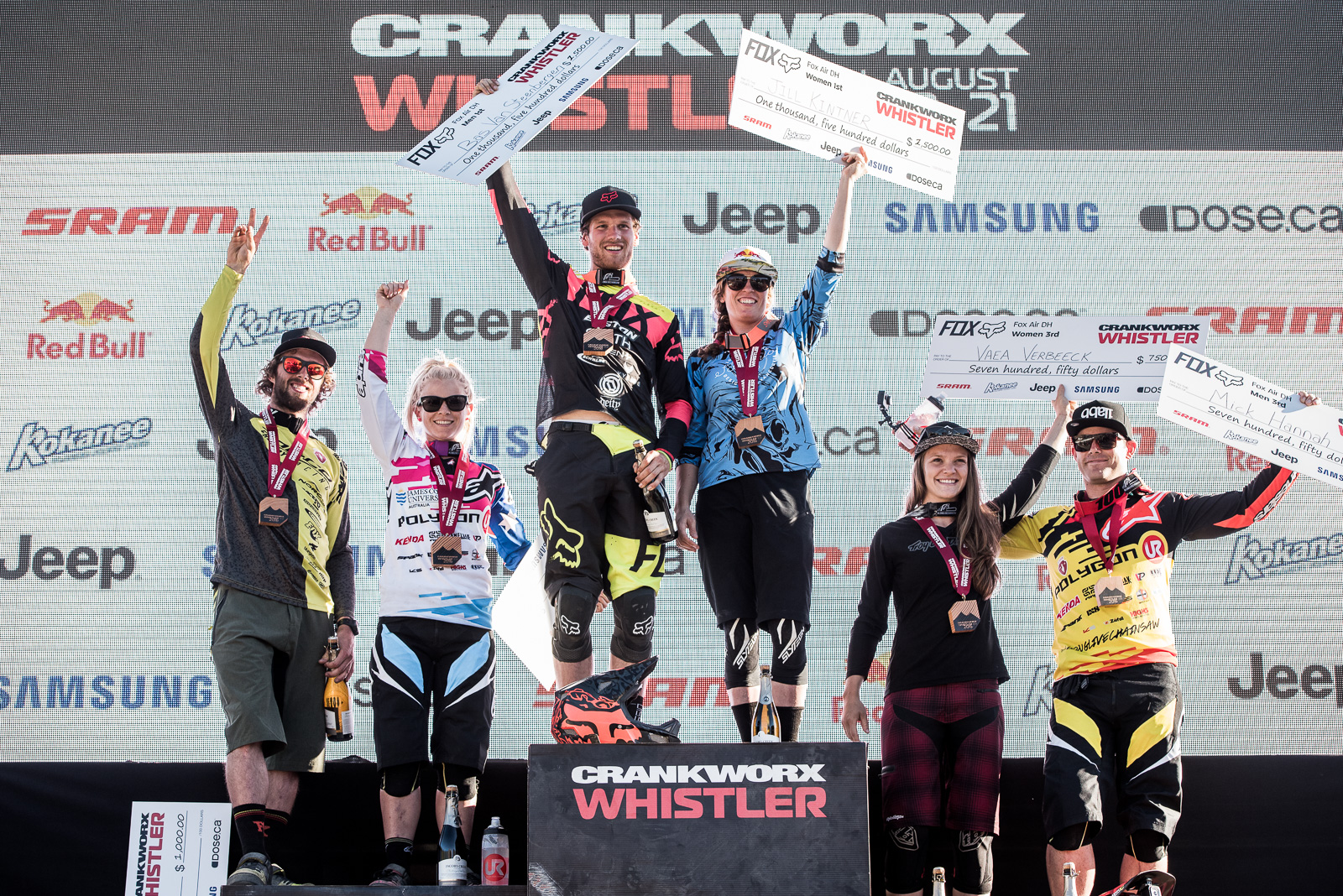 Fabien competed in the Slalom like in the good old days, one the highlight of Fabien’s race was in 1/8 of final when Fabien knocked out Martin Maes, one of the fastest Dual slalom rider. He then went up to the 1/4 final and took a well deserved 7th spot on his Polygon Colossus N9 Enduro. 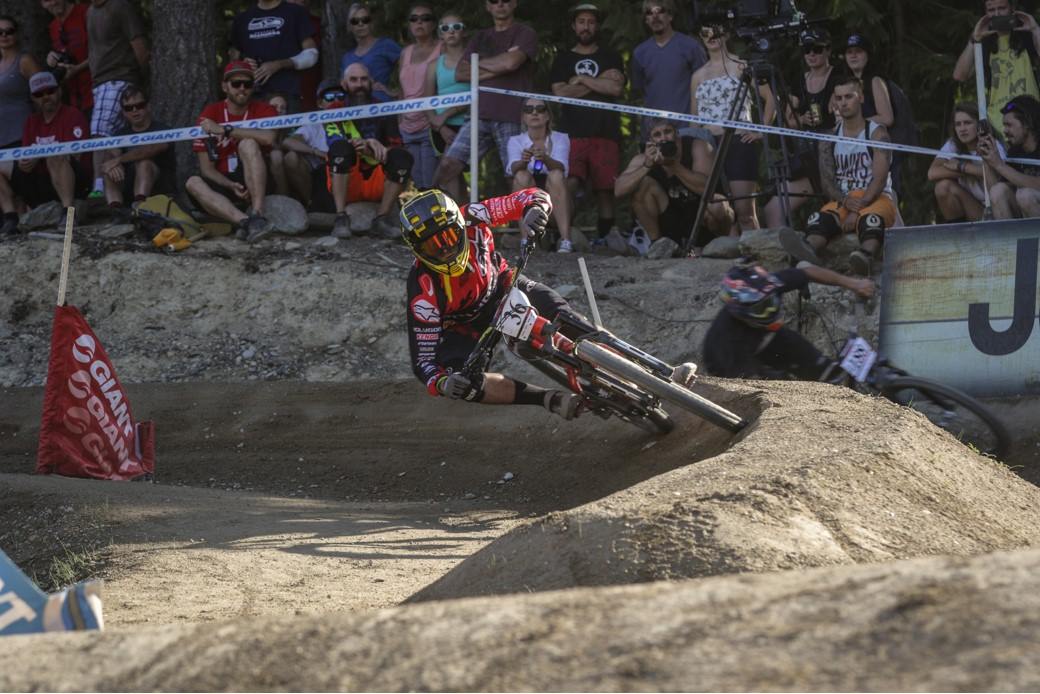 Our freeride slopestyle legend Sam Reynolds was here in Whistler with us and tried to ride. He did the Whip off but Sam still has sustained knee injury from his huge crash at one of the fest series which unfortunately stopped him from riding Joy ride.

The last events of the week was the prestigious Canadian Open DH and once again the Hannahs smashed it! Tracey won with more than 10sec in front of the former world champ Manon Carpenter. It is probably one Tracey’s best career run! She also grabs the title of Queen of Downhill. Mick took the 3rd spot again on this super technical and slippery track which is an amazing result. Andrew finished 25th and Alex did not finished but is all in one piece. 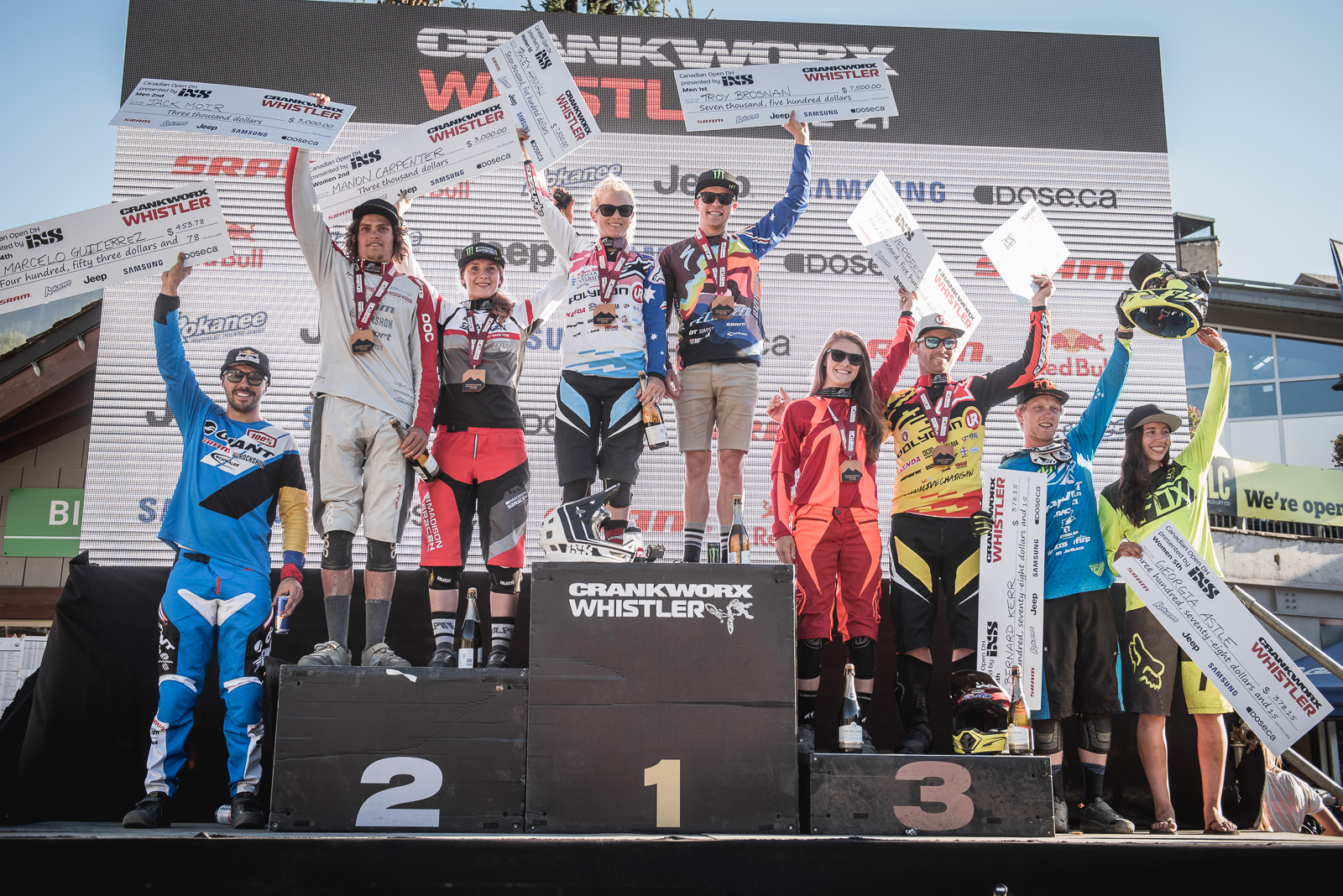