It has been an amazing weekend in Lourdes for the first round of the UCI World Cup. The first few days in Lourdes were very cold and some snow was seen at the top of the track on Wednesday. The track was dry though which we were very happy about. 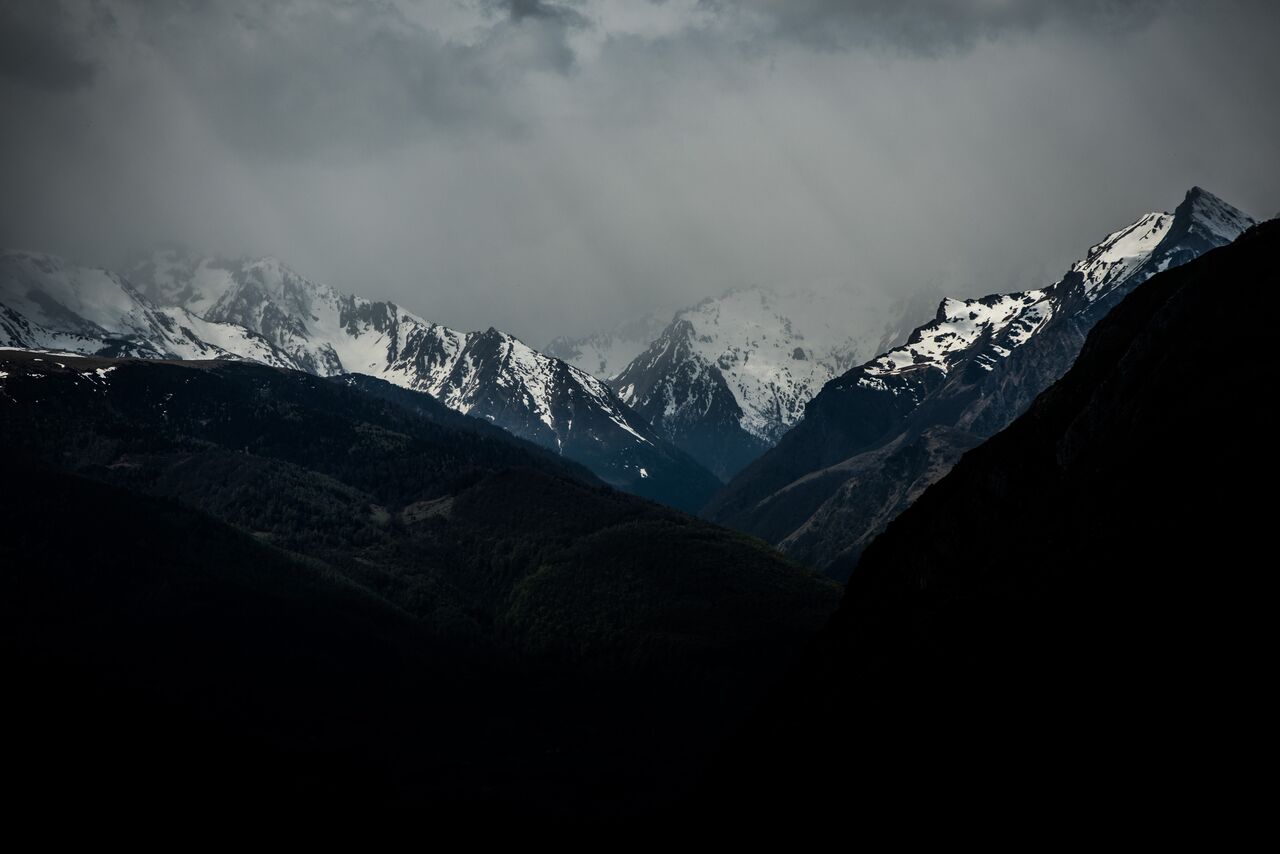 Coming into this race, Tracey felt pretty confident with a win in Crankworx Rotorua. Tracey was building her speed steadily during practice and qualified 4th at 3sec from the 1st place. She knew everything was possible. 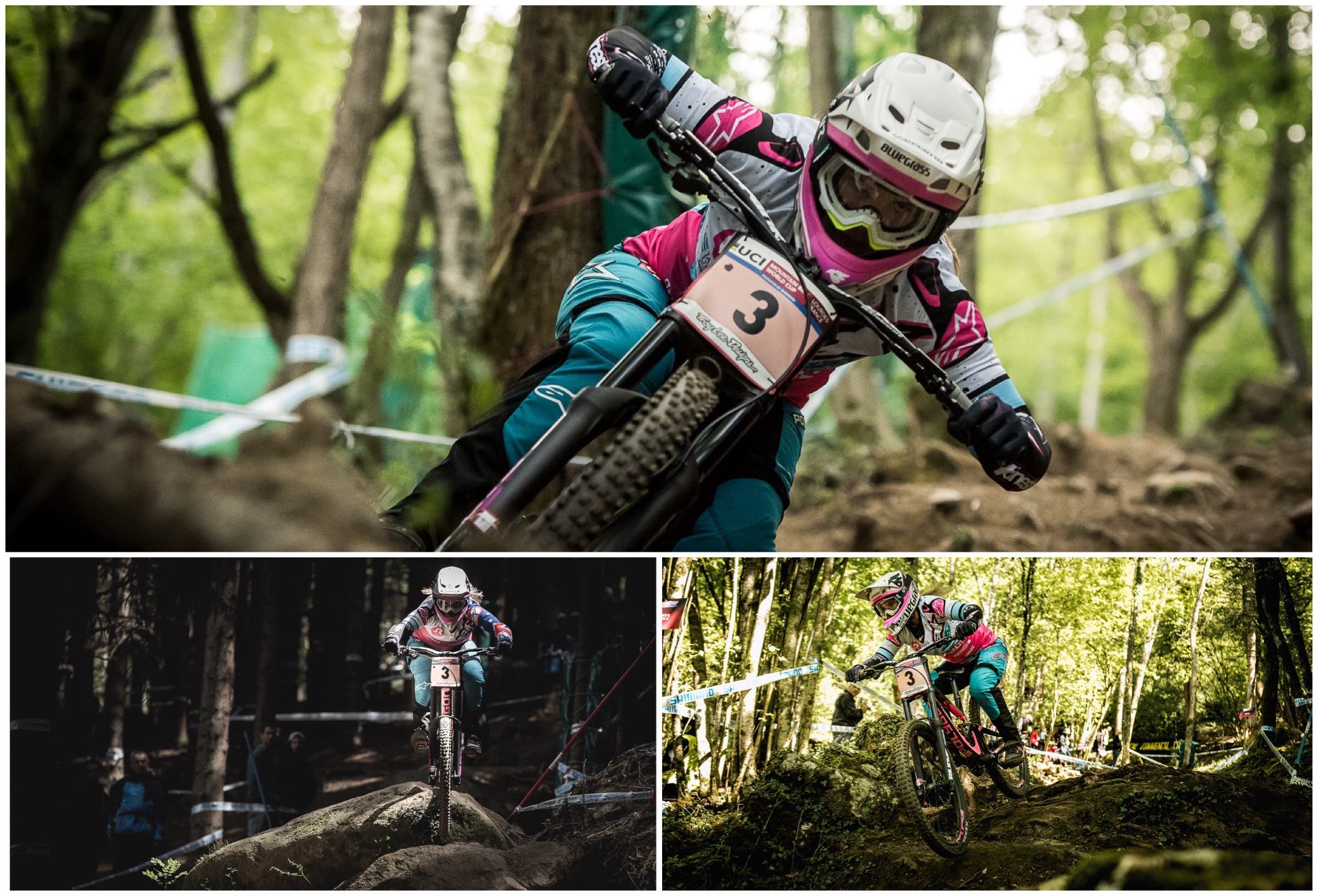 On the morning of finals, she worked hard on the track changing some lines and taking more risk. Her race run went smooth, she felt confident, kept her focus and went faster towards the end of her run with the fastest split at the bottom section!  Tracey finished 2nd with just 2.5 seconds behind the fastest time. This is a great way to start the season for her. 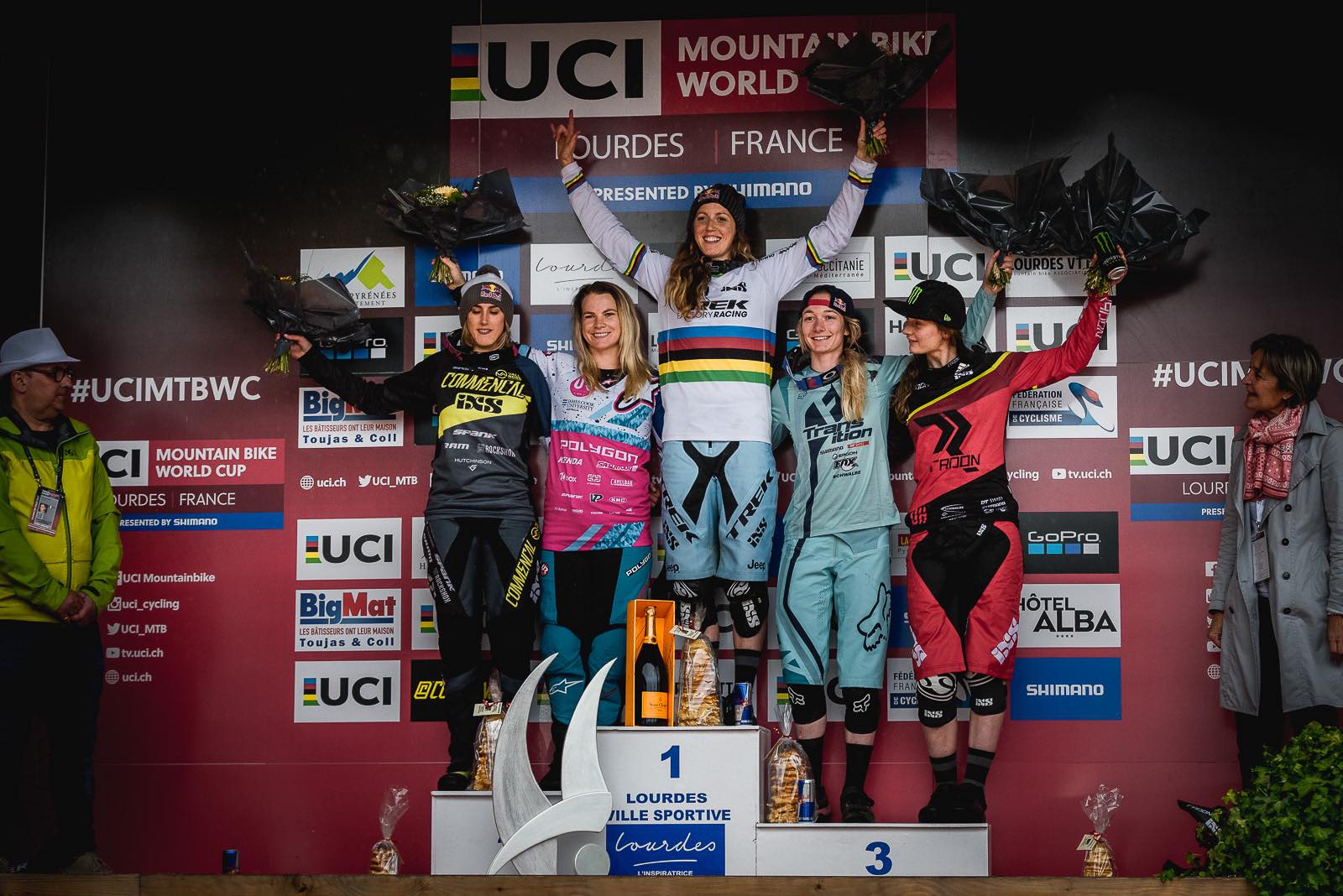 After a great off season for Mick too, he came to Lourdes confident after his 2nd place at Crankworx Rotorua. Mick was fast and smooth all week. On qualification day, Mick took it easy and went fast on few sections but kept it smooth since he was a protected rider. On race day he was in attack mode but probably a bit too much and that is why he crashed. Mick was on a much faster pace than last year on this track as his split times before the crash were around the top 10. This makes us really confident about the season! 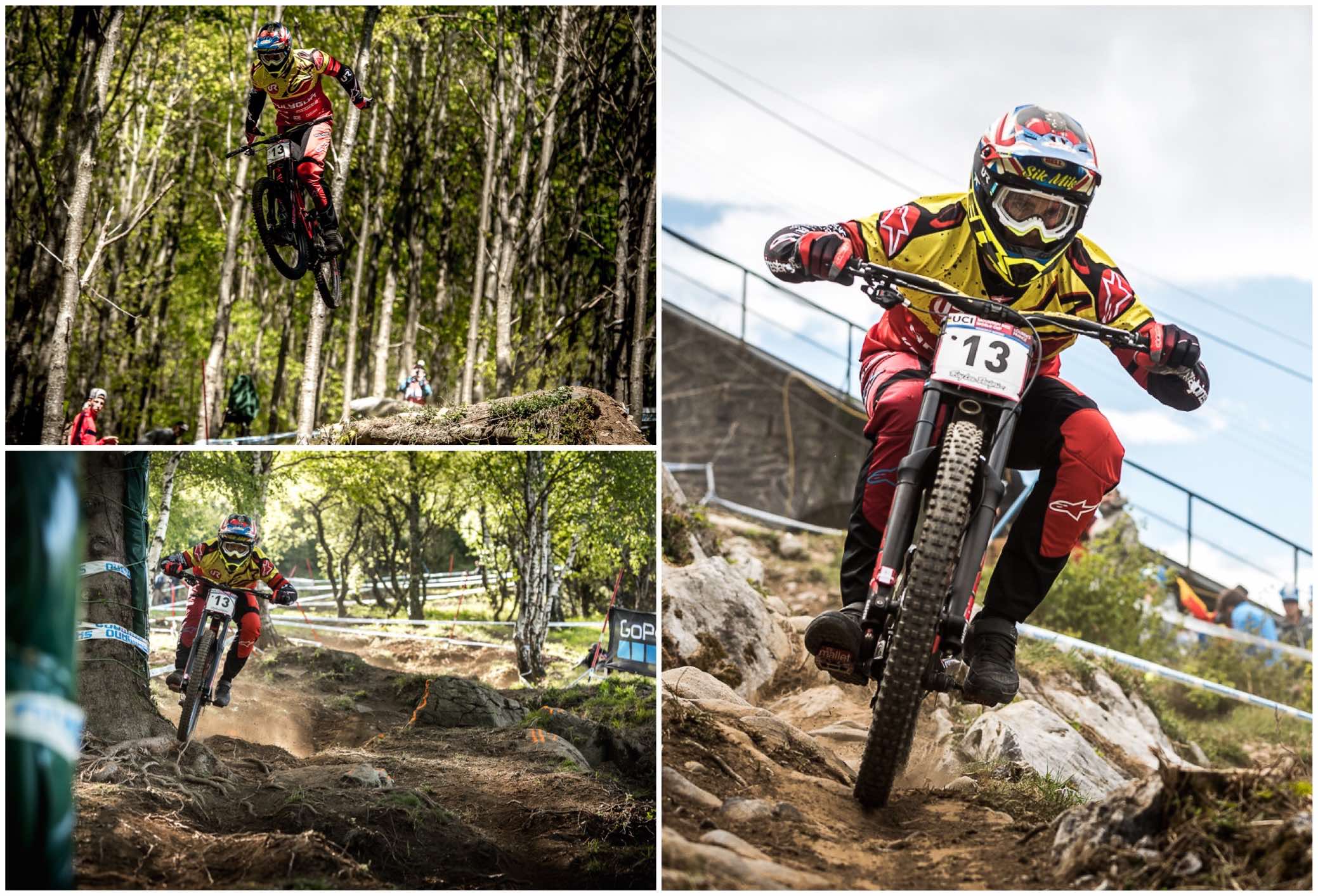 For Alex, he spent his winter in New Zealand being able to ride a lot, train hard and work on the bike with his mechanic. We were super excited to see what he would do at Crankworx Rotorua but unfortunately he was sick the morning of race day and couldn’t attend. So for him Lourdes was his first real test.
Lourdes is a track that suits Alex and last year he had a mechanical and never had the chance to show what he could do. When watching him on the side of the track, we knew he had the speed but didn’t know if he could put a full run together. At qualification, he had a puncture mid track but instead of giving up, he gave it all because he wanted to qualify more than anything. It was a 52nd place for him! We still can’t believe he qualified riding flat half of the track ! 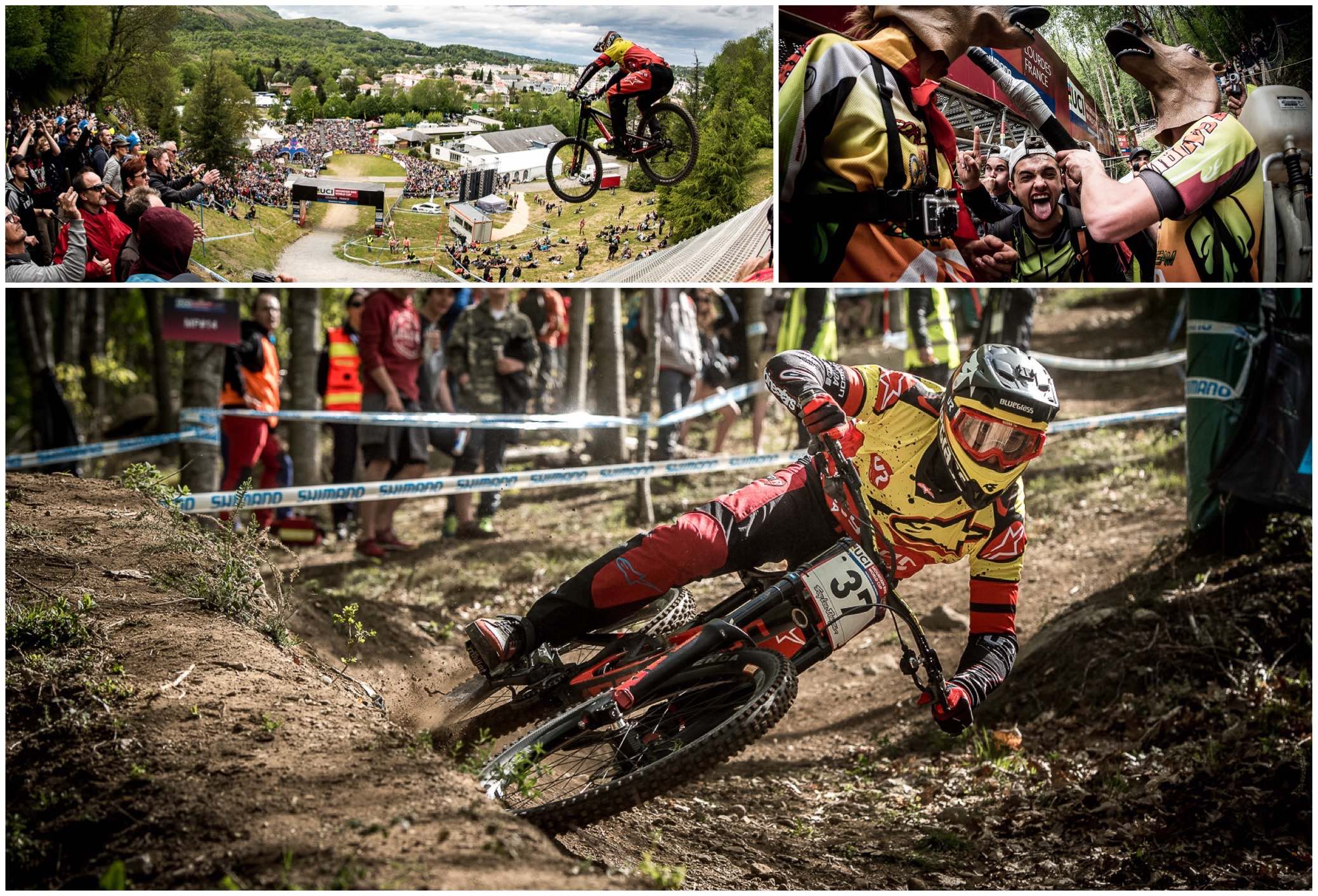 Race run came and he hit everything he wanted and stayed in control. His first words were: “I went really fast, I can’t believe I held on my bike!” The time he put was in the same second as Loris Vergier who qualified first. We knew this was a very good time! Then the waiting game begun and all competitors were pretty far and no one was able to get close to his time. Then for the last 10 riders a storm arrived, the weather changed completely and none of them could beat Alex’s time. 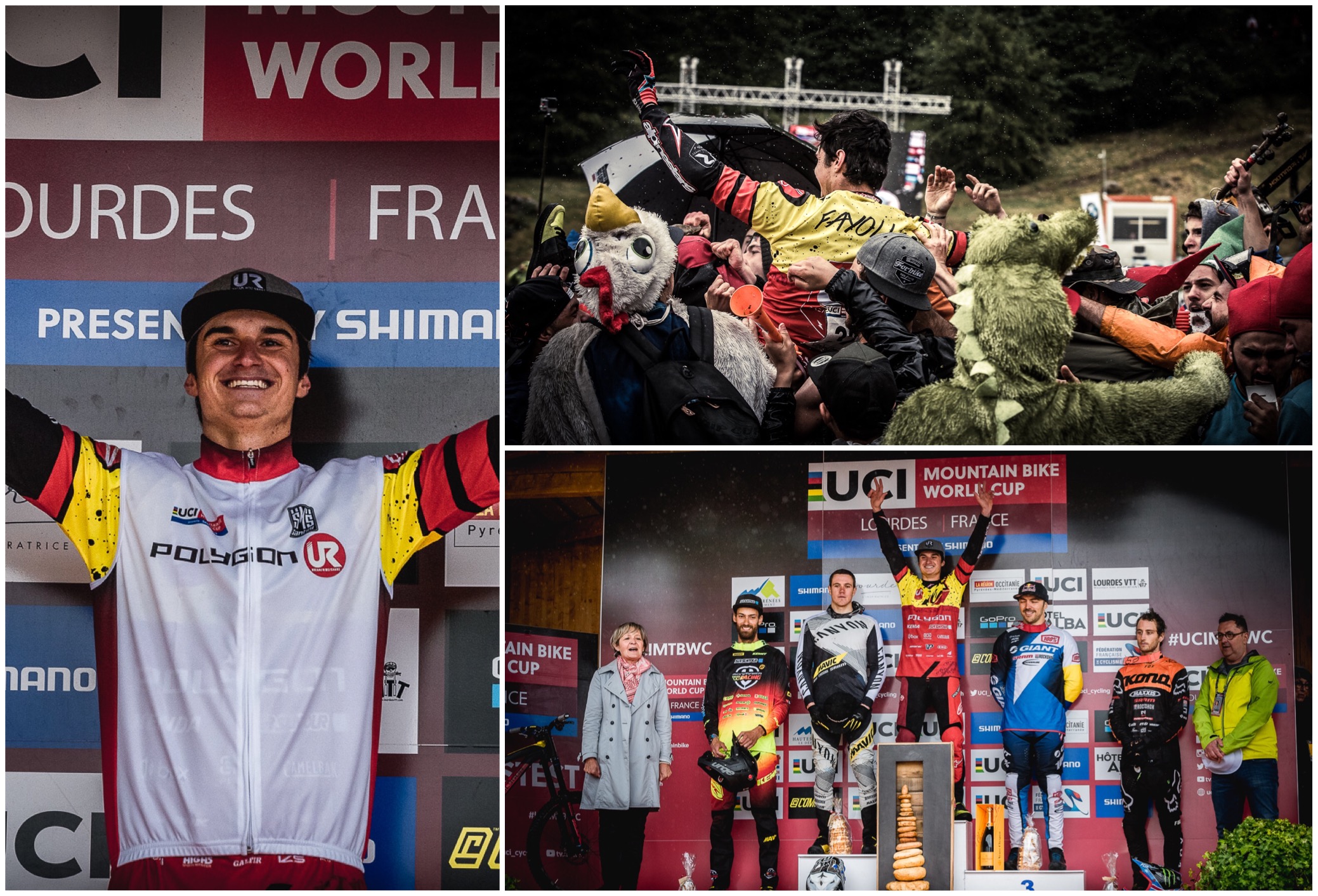 Alex took an historical win as he is the first French since 1998 to win a world cup on home soil but also it’s a first victory for many sponsors of our team and especially for Kenda Tires as it was the very first time the new HellKat tires were used in a World Cup.

Off course the luck was on our side this weekend but we knew Alex was capable of something great and the way Alex rode has been praised by everyone! 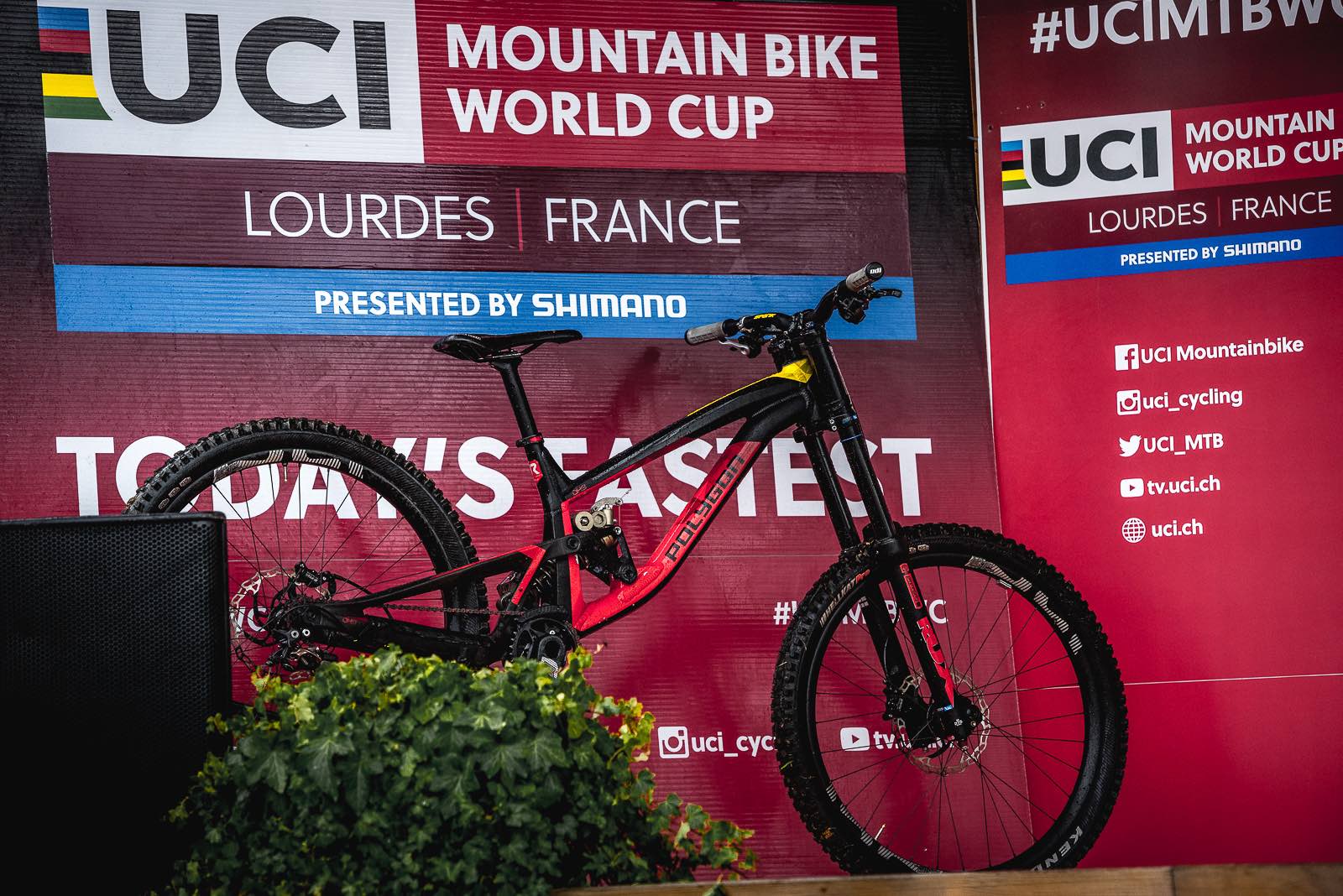 These awesome 2 podiums made us fastest team of the day! It’s always so amazing to be able to go all together on top of the podium as a big family and all our sponsors have a place on this team podium! Our troops are full of energy and motivation for the rest of the season. 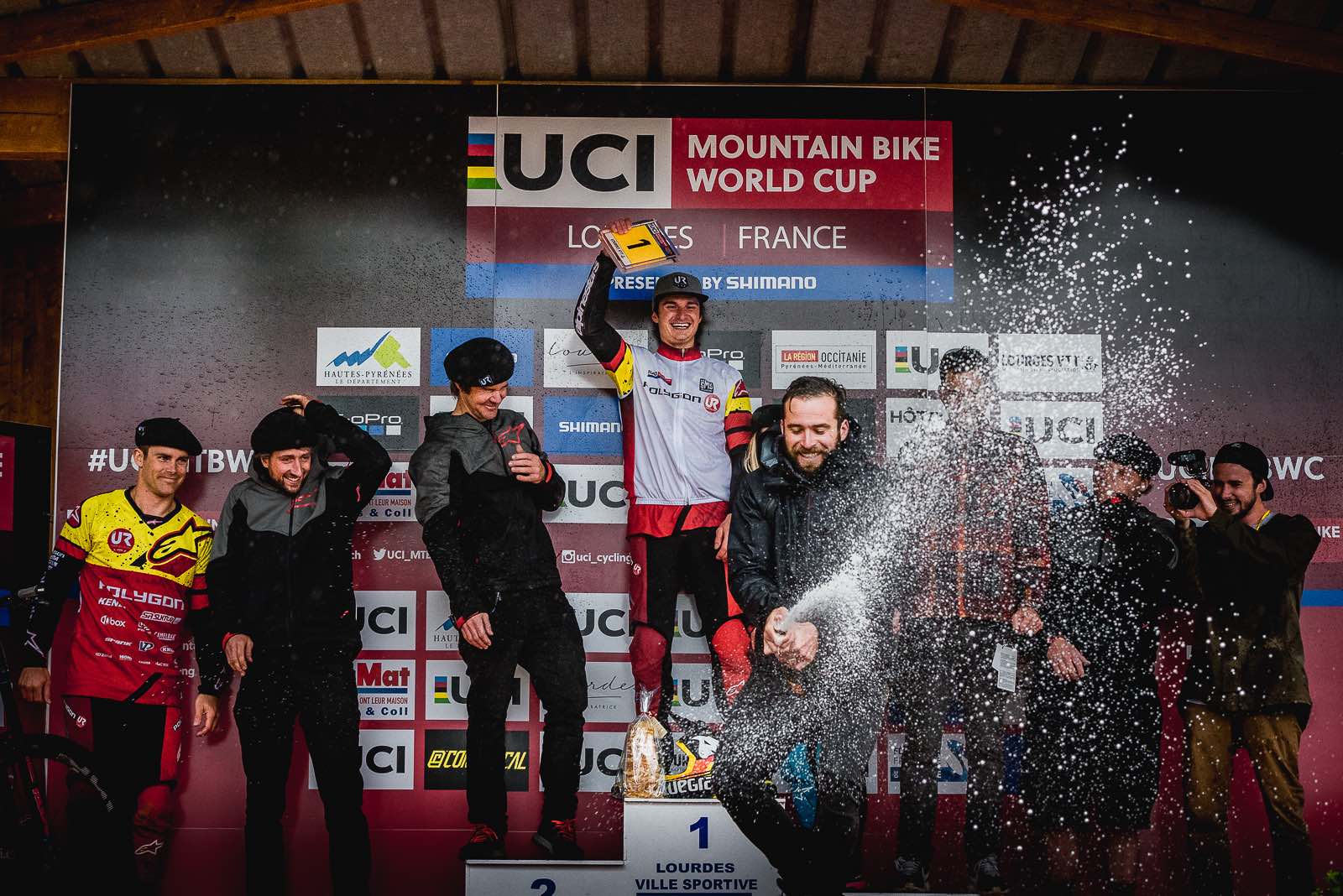