The final world cup of the season held in Snowshoe, West Virginia, has proven to be an awesome race and a crazy final where Tracey Hannah claimed the DH overall ranking! 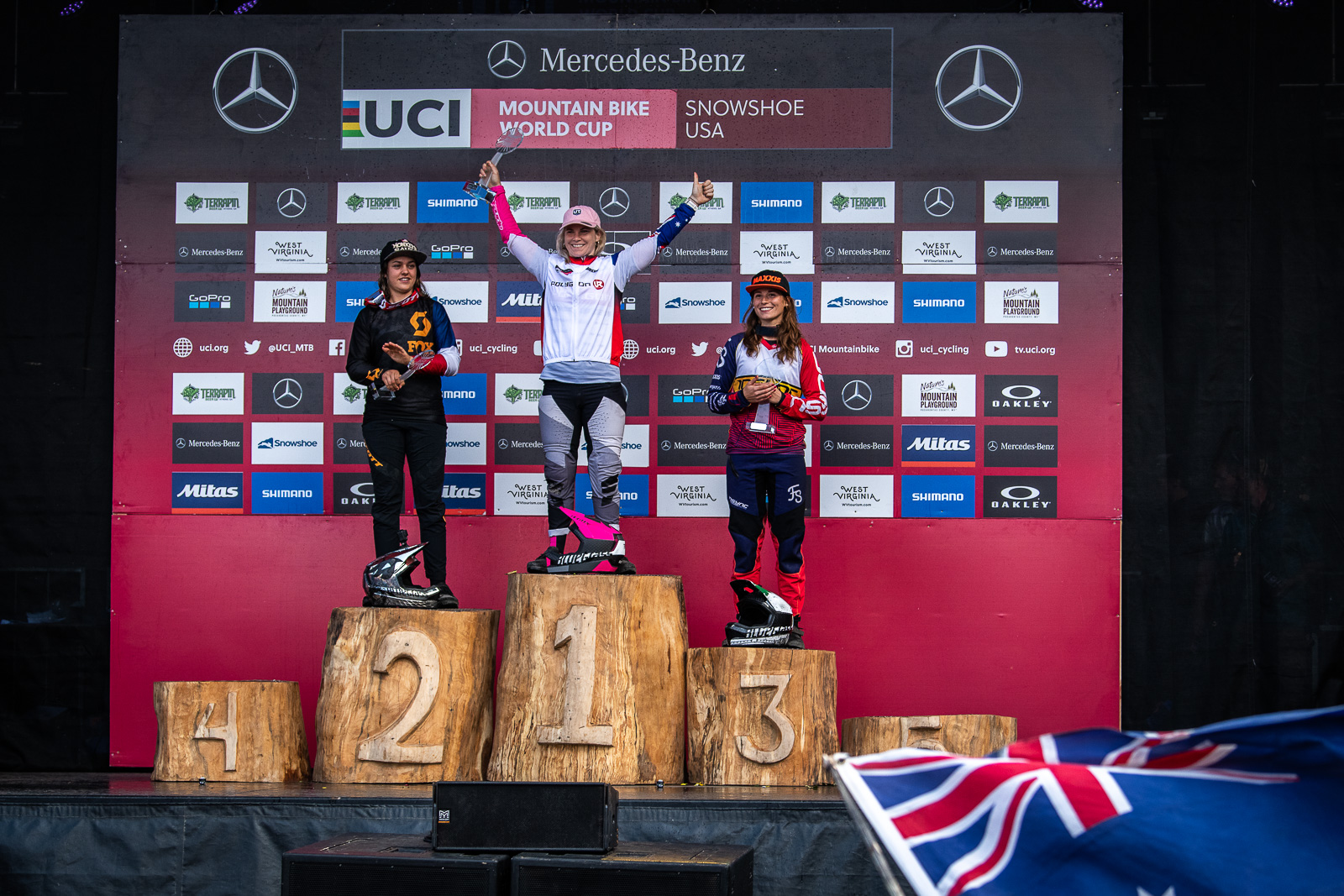 It was quite a tight battle between Tracey and Marine Cabirou to claim the overall and a battle that didn’t make place for a mechanical or a crash. Tracey had to ride very conservative, not taking any risks to make sure she made it to the bottom in worst case placing 6th if Marine won. 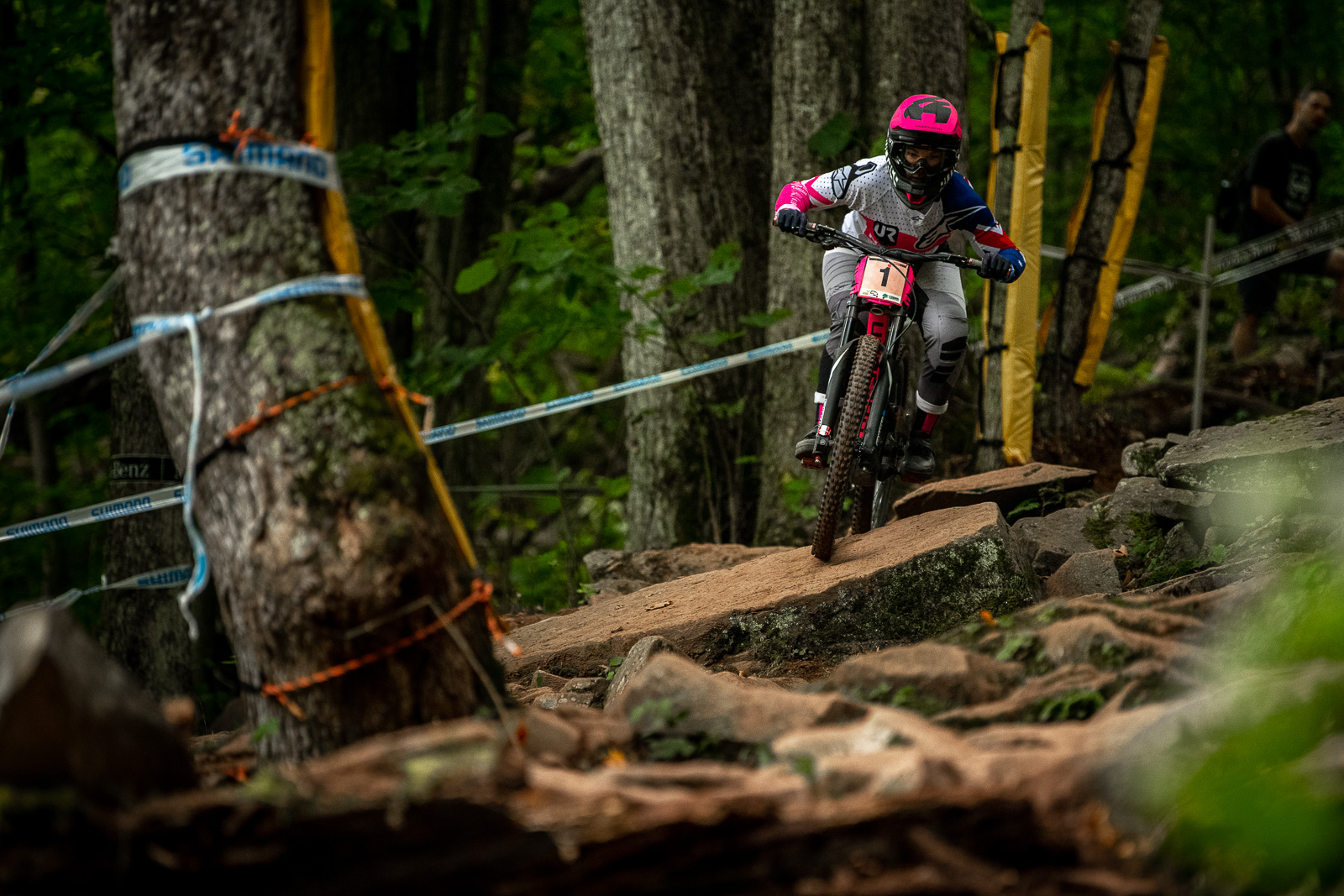 Just before taking the start, Tracey heard on the radio that Marine had the fastest time, it did destabilize her a bit and she started full gaz and later remembered she had to ride clean. 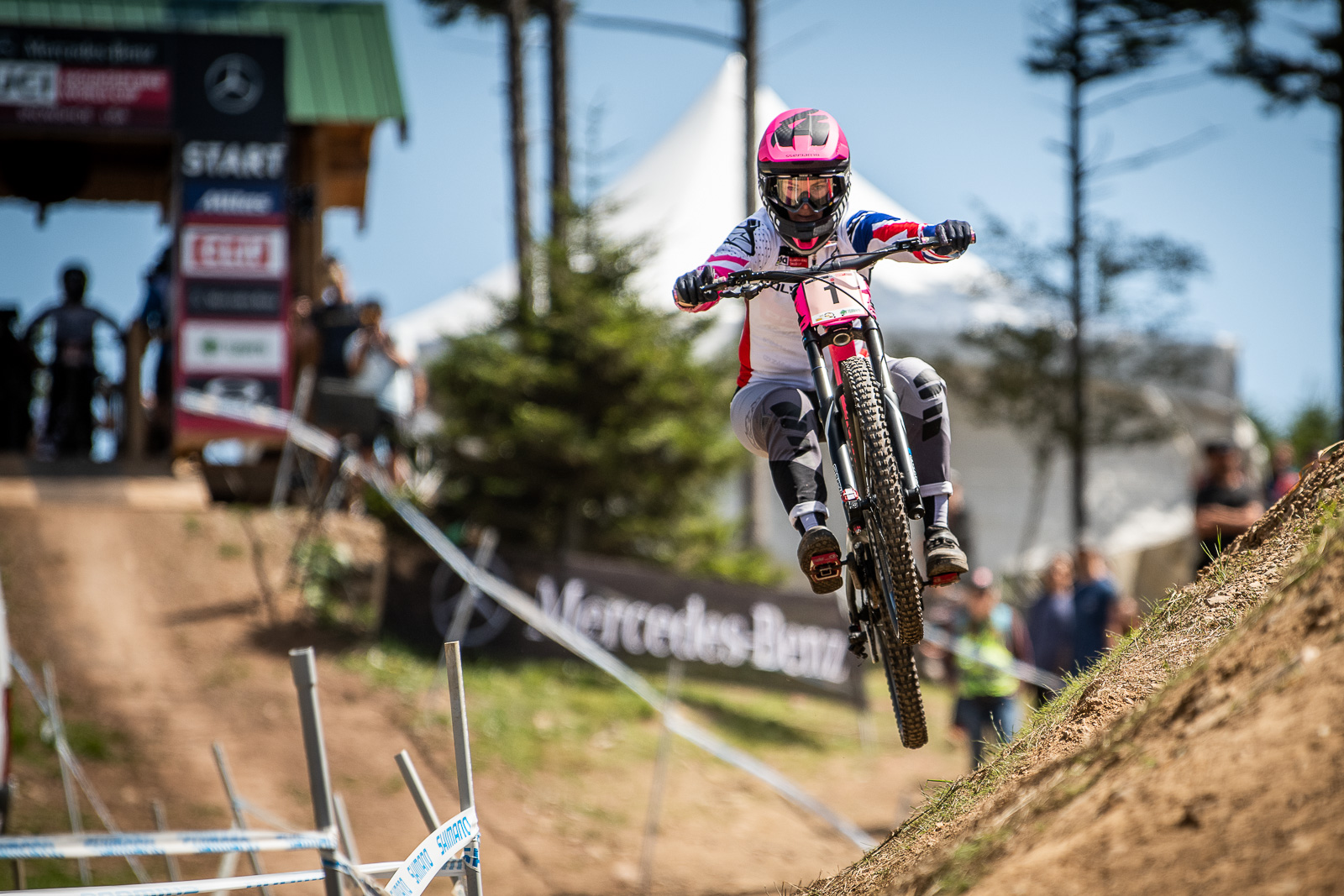 This is an amazing achievement and we couldn’t be more proud of how Tracey managed all aspects of racing this season! 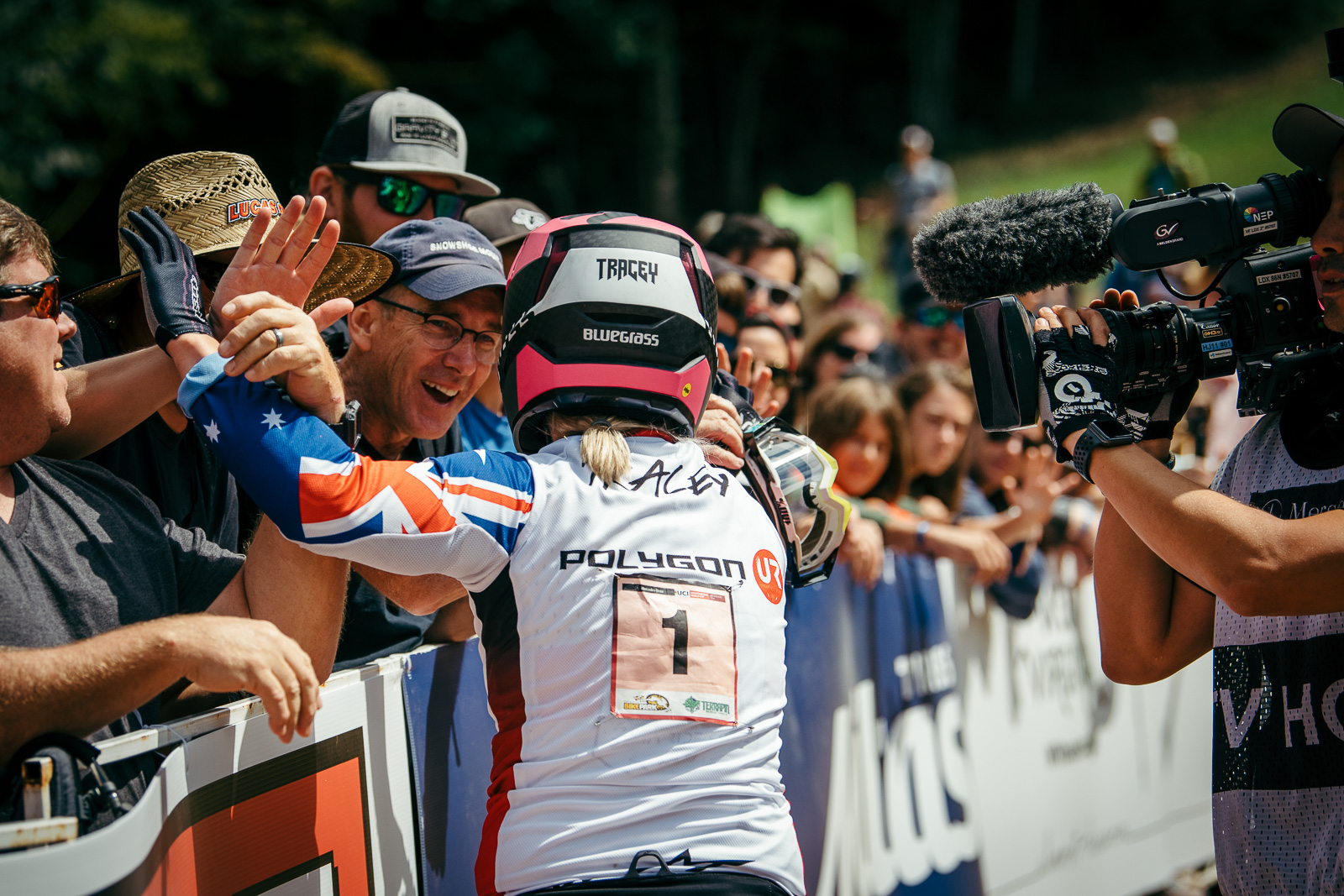 As for Mick, he had a good run and pleased the craziest crowd with a classic Sik Mik no hander before the finish line! He took the 25th place! 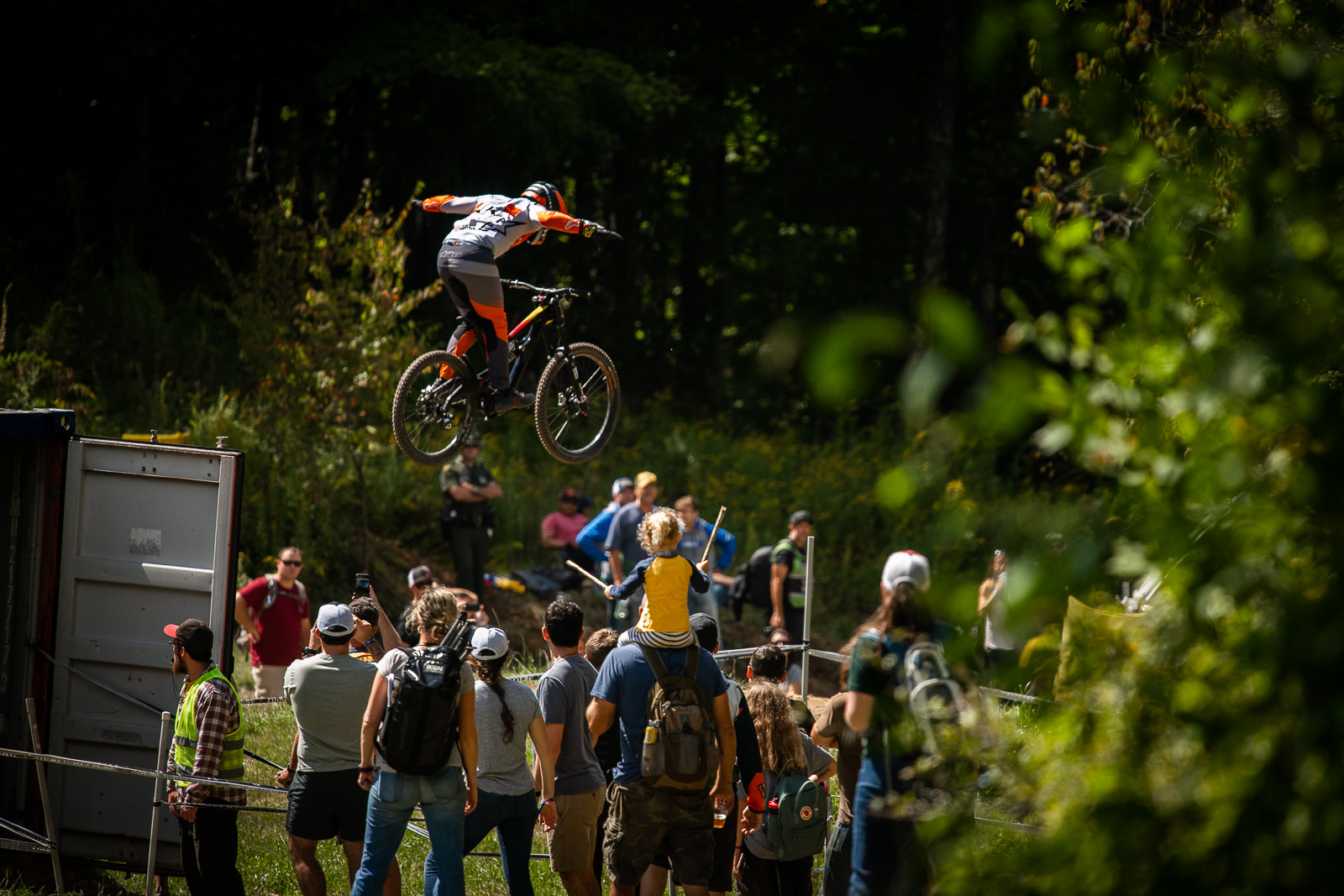 Snowshoe proved to be an amazing place for a final world cup, the track was insane and the crowd super rowdy! Now time for some good off-season break! 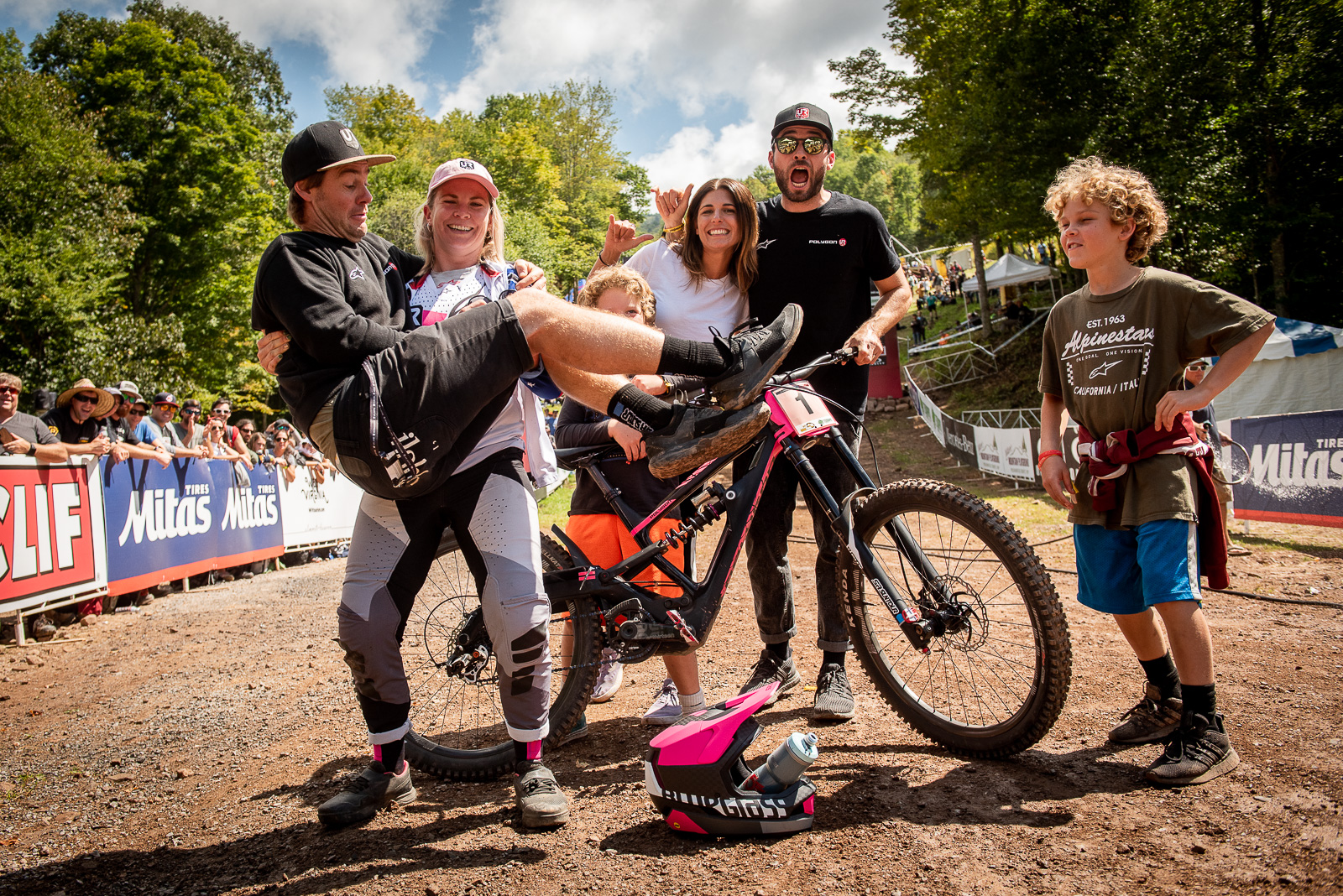