After a short break the world cup circuit is now in Swiss for the fifth round in Lenzerheide. This short track rough and technical is very challenging and one of the fan’s favorite.

During practice all the riders were looking very fast. For Mick it was the first time he was racing here and despite that and a gnarly crash during practice he got a promising 3rd in time practice.

In the women qualification Tracey had a safe run and took the 4th place just 4 seconds off the 1st.

Mick had a mechanical on his run , Andrew had a clean and safe run and took the 25th spot on the track were he injury himself last year.

Alex was riding good but had a huge crash at a very critical spot on the track , he miss the qualification but no doubt that we will see him very soon up there.

For the race Tracey rode agressive and fast until she crash which put her in 8th. Tracey was on pace for the top 3 but she wanted to get more than that and pushed hard for it and this is what we love to see ! Tracey is now sitting at the 4th place overall of the world cup ranking.

Andrew overcame his nemesis from his past injury rode safe and took a 37th place that put him back on track to get the results that we all know he is capable of .

Mick took a solid 17th place with a safe run. It confirm Mick’s consistency especially as the time were really close just 1 second from the top10 so after a rough week on his body and after no finishing the qualify that definitely a good results . Mick is now sitting at the 9th place overall of the world cup ranking. 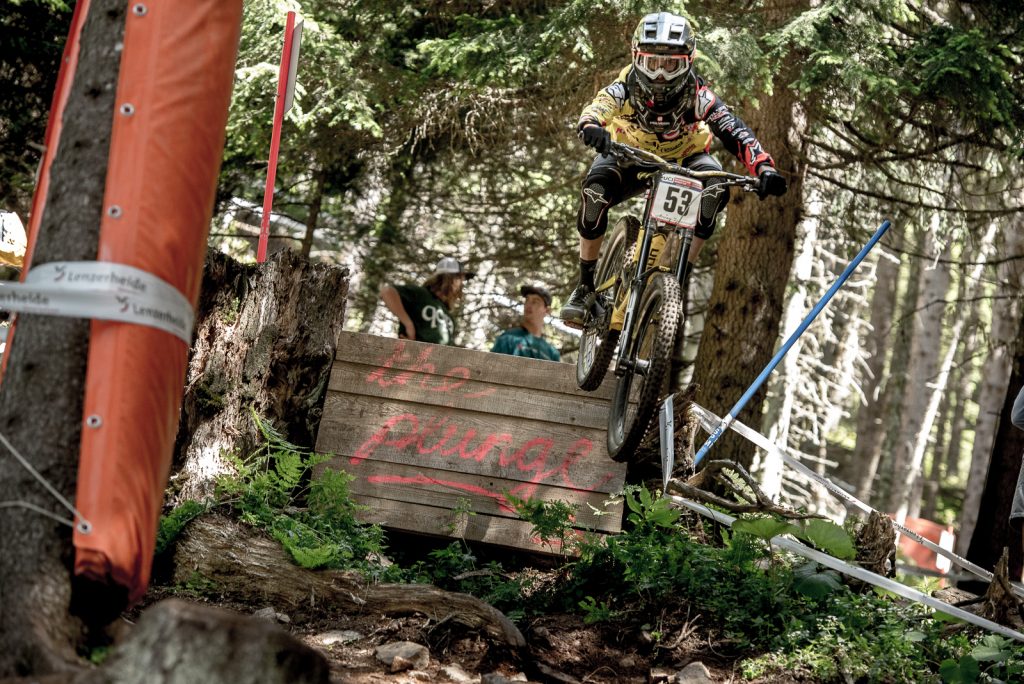 The team is still in 3rd place at the overall team ranking. Now the team split for different direction Andrew and Fabien are going in Italie for the next EWS, Alex is racing french champ and Mick and Tracey are going home to get ready for the next World cup.